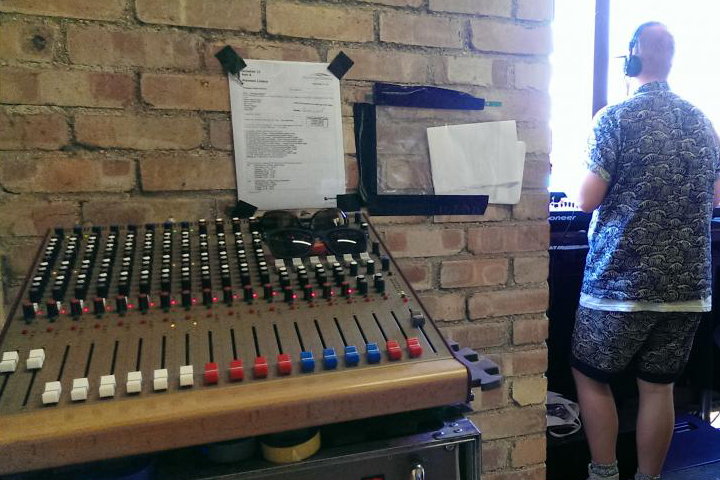 RSH Audio’s Joe Haycocks spec’d Cadac CDC four and LIVE1 desks on four of the event’s six stages: “Despite a number of the engineers being unfamiliar with the consoles, minimal instruction was needed and, of course, the audio quality was first class. 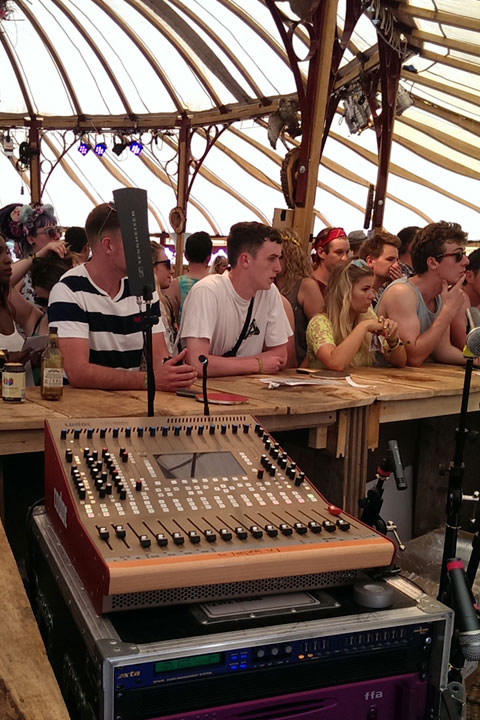 “All systems supplied were Funktion-One, driven by a combination of Full Fat Audio, MC2, and Lab.gruppen amplification. There were some 48 Resolution 5, 12 Resolution 4, 14 F218 and 30 F221 Enclosures on-site, and a brand new VERO system on the Main Stage, courtesy of Audio Plus, who RSH Audio was pleased to bring on-board for the festival.”

Returning from engineering sound for SPACE Ibiza’s ‘Opening Fiesta’ and 25th Birthday party for Project Audio, with the Cadac CDC four and LIVE1 consoles, Full Fat Audio’s MD, Dave Millard, deployed them once again with Funktion-One and Full Fat Audio systems for Vortex Events at the Secret Garden Party. The four-day ‘alternative festival’ – in the grounds of a Georgian farm house – at Abbots Ripton, in England’s rural Huntingdon, has run since 2004, growing from a single stage 1,000 visitors event to in excess of 15 stages and 26,000 revelers in recent times.

Millard was responsible for sound on two DJ stages, including the famous Pagoda stage, built out onto the lake, where he deployed the LIVE1. He describes the Cadac consoles as being “equally excellent”, saying, “I cannot recall another desk so transparent and with so much drive and finesse. The CDC four really allows the audio to breath and just does not sound digital at all.”