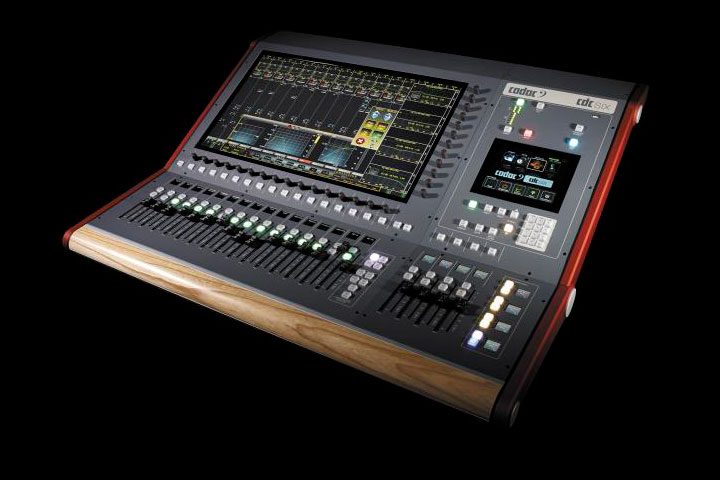 Based around further development of Cadac’s advanced, highly acclaimed gesture-operation user interface, and the same superlative audio performance and incredible low latency of the CDC eight, the CDC six represents a major ergonomic advance in user operation. Developing still further the innovative user interface debuted on the Cadac CDC eight, the CDC six is far less menu dependent than other digital consoles. The traditional fixed physical controls have been replaced by an intuitive “high agility” user interface, accessed via a widescreen 23.5 inch touch screen resulting in a fast, logical workflow without the compromises dictated by hardware-centric designs.

The optically bonded 23.5 inch 16:9 high definition LCD touch screen with digital encoders to the bottom and the right is the most advanced and visually striking feature of the new console. The over-sized touch screen displays the clean, exceptionally intuitive graphical user interface. A unique combination of touch screen and traditional encoders, for additional control of console features, naturally leads to an instinctive use of “touch and swipe”. The faders follow the swipe of the screen or scrolling of the channels, ensuring full control at all time of any combination of inputs, outputs or VCAs displayed on the screen. First time users face a minimal learning curve navigating the features by gesture – similar to those for navigating a tablet or smart phone – without a need for any intensive formal training. The unique interface capabilities also probably make the CDC six the fastest medium format digital console to setup. 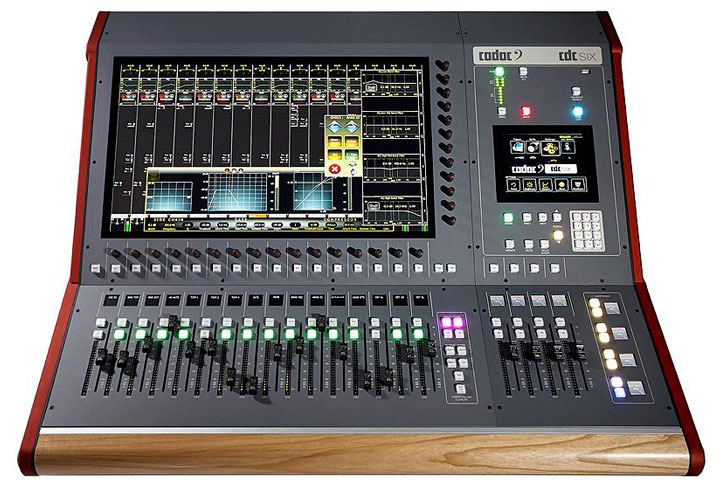 To aid operational agility, CDC six features stereo metering conveniently located to the left of each of the 100mm motorised faders, plus an individual full colour OLED display above each fader. The hi-res OLEDs depict the channel name, complete with colour coding, to aid the speed of channel navigation. The OLEDs also denote any VCA assignment of the channel. The additional 6.5 inch LCD touch screen, located to the right of the main screen, provides rapid access to the advanced system controls and automation functions. 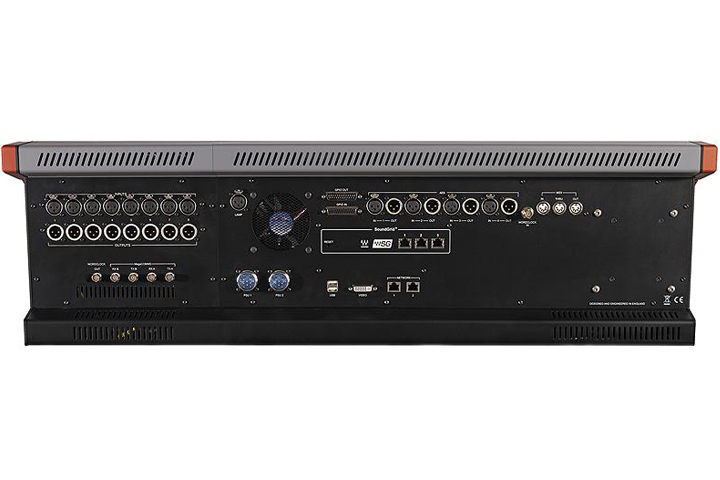 CDC six also ships with Cadac’s unique Monitor Mode. This feature, found on both the CDC six and the flagship CDC eight, has been developed to tackle the specific requirements of the monitor engineer – too often an after-thought on many of today’s digital consoles. When enabled, Monitor Mode gives the engineer the ability to access any of the 48 user-assignable busses and their respective contribution channels in ‘sends on fader’ mode with a single touch of the screen, making mixing a large number of monitor feeds fast and easy. The incredible low latency also means that CDC six is ideal for in-ear monitoring.

Additional to this is the Mix Focus feature; when any mix is ‘flipped’ into sends on faders mode, the console will only present the user with the channels that are contributing to the selected mix, negating the need to navigate through all of the inputs. It is also possible to select an input channel and ‘flip’ the outputs onto the faders, allowing a single channel to be sent to multiple destinations simultaneously via the faders.

Commenting on the most significant aspects of the CDC six from a user’s perspective, Cadac Brand Manager, Richard Ferriday, states, “The combination of an exceptionally fast and intuitive user interface, legendary Cadac mic-pre’s, state-of-the art DSP and FPGA processing technology, with incredibly low latency, make the CDC six a uniquely compelling proposition for those who do not want to be faced with either audio or creative compromises.

“CDC six defies the paradigm that a console of this level of performance demands complex operation.”