US – A hotdog eating contest might not sound like much of a sound production challenge, but when one of the 4th of July’s more unusual celebration events attracts over 30,000 people to a three hour show, featuring an MC, rock band, loads of playback and the actual contest, on a Coney Island street corner, providing professional sound reinforcement across the impromptu “venue” is no walk in the park. Add the seasonal steamy humidity and an edge of a hurricane downpour, and things get pretty sticky. 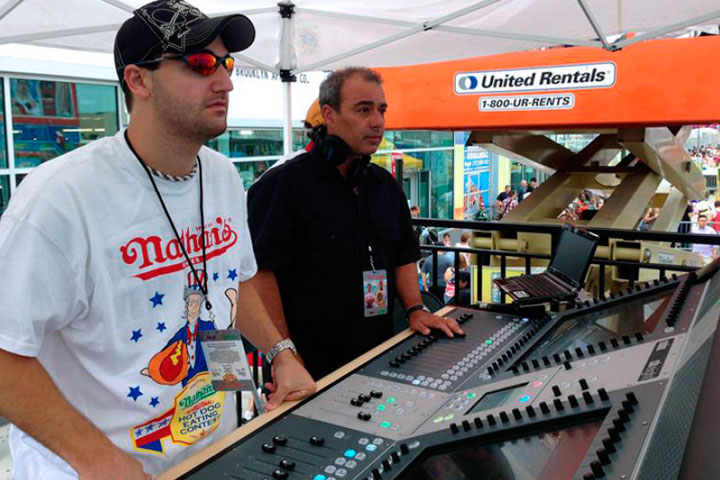 This year’s – the 98th – Annual Nathan’s Famous Fourth of July Hot Dog Eating Contest saw the event’s regular sound production company and FOH engineer since 2005 – Audio Production Services (Amawalk, NY) and Mark Fiore – take their first ‘test flight’ with the Cadac CDC eight-32 digital production console. “The Cadac was available from the company’s new US division and I couldn’t resist trying it out instead of my regular choice of console,” says Fiore.

Providing even sound coverage across an area bounded by tall apartment buildings on either side has seen Audio Production Services’ systems engineer Bryan McPartlan evolve a very particular sound design, comprising six line arrays – “TTL31A arrays with dB Technologies DVA-T12 and DVA-T4 boxes” – two on the left building, three on the right, for the widest coverage area, and a delay tower. “The house right side is where we have the most area to cover, so we have three arrays – infill, outfill and wide,” continues Fiore, “And then we set a delay stack on the other side of the street.” FOH position is high above the crowd on a hydraulic rise and show playback is cued off of two laptops running Qlab. 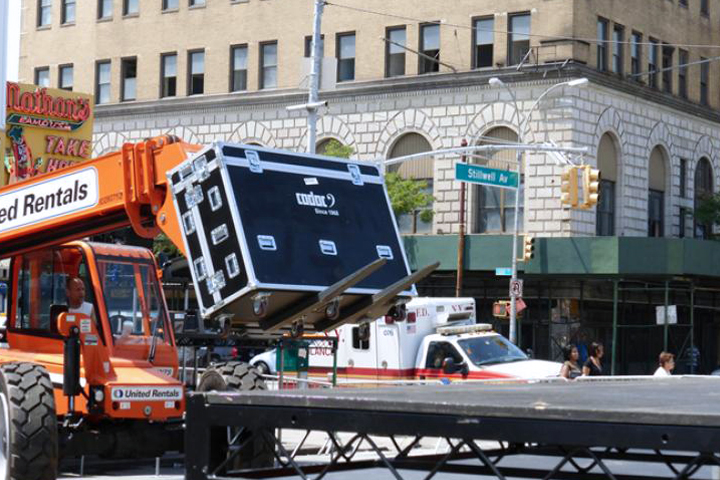 CDC eight is elevated into FOH position in Coney Island

“This year the usual considerable challenges of the show were compounded by an overnight thunderstorm and a mid-show downpour, as the edge of a hurricane passed through,” explains Fiore. ”Powering up on the day of the show was somewhat stressful as some things had been exposed to the overnight rain, and I had to do some swift reprogramming on the desk. But with the large dual touch screens, two people were able to work simultaneously and accomplish that very quickly. Then at one point during the thunderstorm we lost the circuit that was powering the stage rack but the audio came back online flawlessly as soon as power was restored.

“I found the user interface to be very intuitive and easy to work with. I like the way you can scroll left and right through the layers. It also has a very rich sound – very much like the classic J-Type – and there was a noticeable difference between this year’s sound quality and years past.” 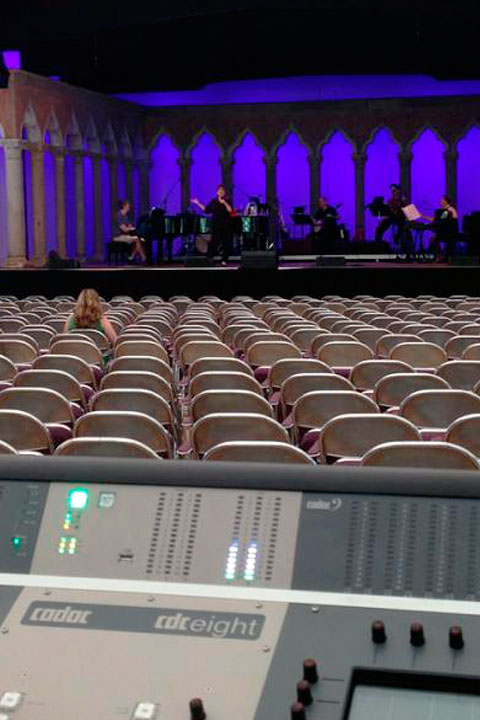 After the contest Fiore took the console onto another of his regular gigs the following night, mixing two-time Grammy Award winner, two-time Tony Award winner and 2006 American Theater Hall of Fame inductee, Patti LuPone’s show Far Away Places, at the Caramoor Center for Music and the Arts. “It’s a concert performance with Patti and a five piece band. I’ve done this show on every type of console I can think of, but the Cadac is easily the most intuitive. Patching the inputs / outputs is a breeze, it made Patti’s concert very quick to set up and sound-check was pretty smooth. Being able to “swipe left and right” through the layers made operating the console during the show fast and easy. Its rich sound really complimented Patti’s show. It was the kind of performance where its class really shone through.”