More than 40 years after they released the original album, 10cc have been on the road touring Sheet Music throughout the UK, culminating in a show at the Royal Albert Hall at the end of May. 10cc’s FOH engineer and tour manager for the last three years, Jon Sword, chose to run the musically complex and sonically demanding show on CADAC’s flagship digital sound touring console, the CDC eight-32. 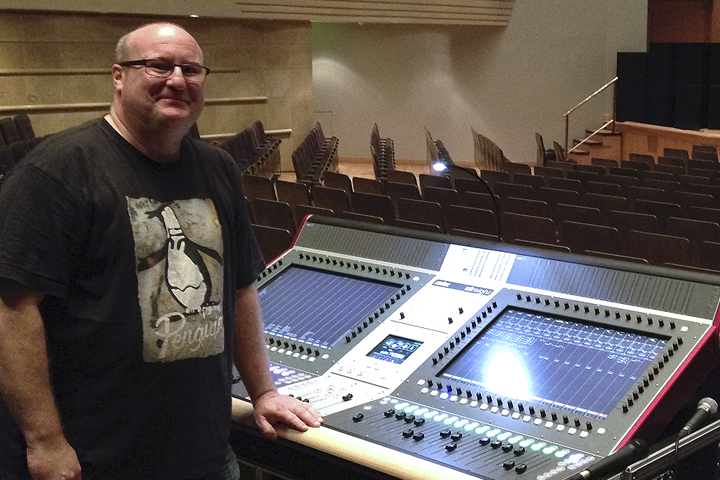 Jon Sword with the CDC eight-32

Phil McDaniel of rental company ESS suggested Sword try out the new CADAC desk. “The great thing about CADAC products is that they sound amazing; they’re known for really great sound quality. 10cc were pioneers of studio production in the 70s and their work still has to stand up in concert halls now; everything has to be heard with this band,” says Sword. “The band has a very dynamic mix. It took me almost a year to get this fluid with their sound, not just the core of it but every tiny aspect. I had to learn how nail it.

“I never get feedback with this desk; it just sounds so musical. It gives me the best clarity with the least effort, allowing me to mix, rather than having to fight problems.” 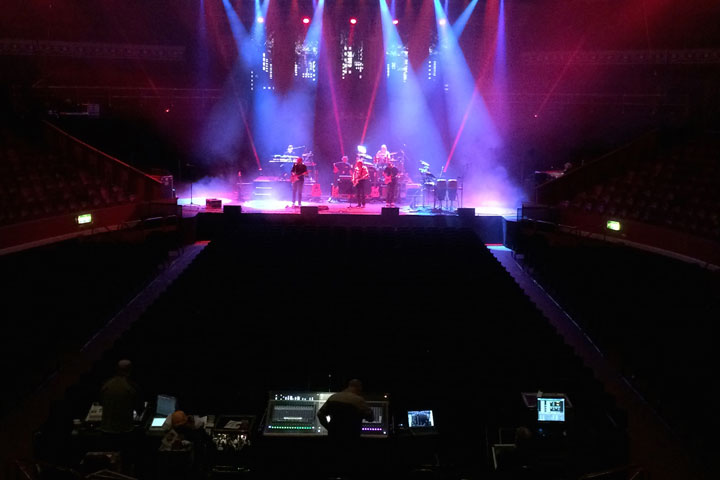 Cadac CDC eight and 10cc at the Royal Albert Hall

The legendary sound quality of the CADAC mic-pre amps, combined with state-of-the art DSP and FPGA processing technology, and the lowest possible signal chain latency on any digital console are key to the incredible audio performance of the CDC consoles, but great sound quality alone is not the be-all and the end-all; ease of operation in driving the desk during such a complex and varied set is more critical to a quality sound production. The CDC eight is a mix platform designed completely from the ground up to facilitate the most complex mix demands with the greatest of possible ease; and with less of a learning curve than any other comparative console.

The CDC eight (and the new CDC six) has the most innovative evolution of the user interface on any digital console yet designed. Gone are the multiple strips of fixed physical controls and complex menu dependent operation found on the majority of consoles, replaced with the most intuitive ‘high agility’ gesture operation interface via two 24-inch HD LCD touchscreens.

“This isn’t a band that you can stand away from the desk with; you’ve always got to be hands-on to deliver. It’s a multi-talented, complex set up,” continues Sword. “The wonderful thing about this desk is just how simple it is. The simplicity is key. It has an innovative workflow layout to complement its unequalled audio quality.”

Sword also makes special mention of the support provided him by CADAC: “The support of the CADAC team has also made the transition to a new desk a smooth operation. We’ve had an open and engineer-led feedback program via CADAC’s UK Sales Manager, Rob Hughes, and any issues we have had have been rectified straight away. In fact there have been a number of new and improved features added to the desk since I first used it back in February.”

Sword concludes: “Over 29 years, my career has had me using all types of consoles and making the best of them. I can honestly say that this is, hands down, the best sounding and most musical digital desk I have ever used. The clarity and space of the audio it gives, makes it a pleasure to use each and every day.”

After a short rest after the Royal Albert Hall, 10cc, Sword and the CDC eight are back out with the Sheet Music show on another couple of previously unannounced additional dates, on 21 and 22 August, at Worthing Assembly Hall and Sedgefield Hardwick Live, respectively.

The two set show features the Sheet Music album in its entirety followed by a set of other hits; the whole performance encompassing songs such as I’m Mandy Fly Me, Life is a Minestrone, Art for Art’s Sake, The Dean and I, I’m Not in Love, Dreadlock Holiday, Donna and Rubber Bullets.