Oh What a Lovely Cadac: Mike Walker goes digital with the CDC eight

UK – Renowned theatre sound designer Mike Walker deployed the Cadac CDC eight digital production console at the heart of his sound design for the recent 50th anniversary revival of Oh What a Lovely War, in London’s Theatre Royal Stratford East; the most high profile use of Cadac’s new digital desk to date and its musical theatre premier on a major production. Perhaps even more significantly, it marked the first ever use by Mike Walker of a digital console on such a large theatre production. 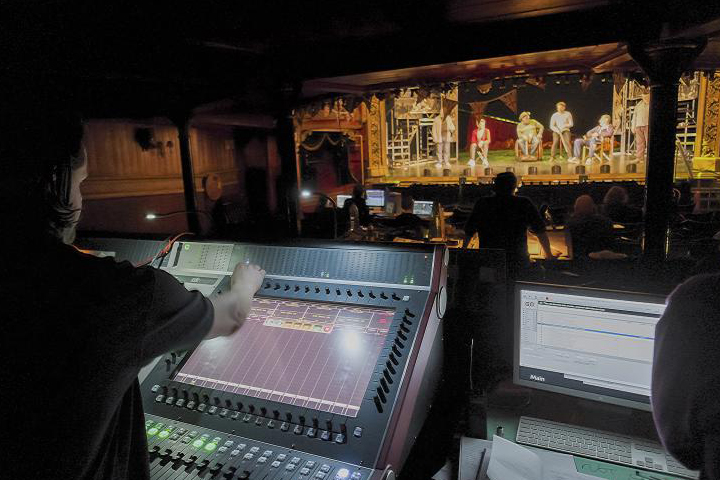 CADAC CDC eight in the Theatre Royal Stratford East, at the heart of Mike Walker’s sound design for Oh What a Lovely War

To date Walker has remained resolutely analogue – and resolutely Cadac analogue – in his choice of mixing consoles, in pursuit of the best possible sound quality. The arrival of the CDC eight, however, changes all that. “The audio quality is stunning. Quite simply, I have never heard such stunning sound quality in a live console before,” he exclaims, “Until now, no digital desk I have listened to has matched the openness of the big old analogue Cadac consoles, but this is in an entirely different league.

“I almost hate to say it but this desk sounds better than any other I have ever used; and that includes the Cadac J-Type. What Cadac has achieved with this desk is remarkable, it has completely turned my audio world upside down.”

The CDC eight also makes significant advances in terms of operation with its uniquely intuitive user interface, and a far less menu dependent OS than other digital console designs. “The interface is incredibly intuitive,” Walker continues, “The combination of dual 24 inch touch screens and rotary controls makes operation very easy. Everything ends up just where you need it in a live musical environment.”

The production, directed in the original home of the show by Terry Johnson and featuring a cast including Caroline Quentin, Shaun Prendergast, Michael Simkins and Ian Bartholomew, ran from 1 February to 15 March to packed houses and rave reviews. The technical brief, in presenting a 21st century version of a 20th century classic, was “to provide a completely transparent enhancement of the events onstage”, retaining ‘signature’ staging devices and effects of the original, replicating them with the best current production technology. To this end, the sound design objective was the ‘invisible’ reinforcement both drama and song. 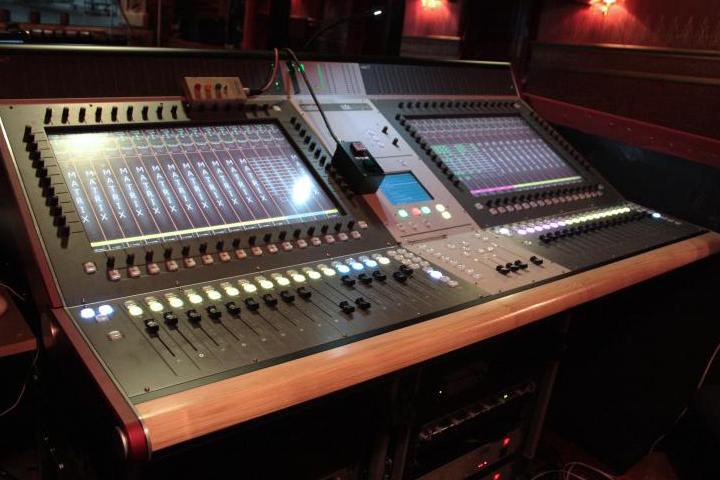 The cast of 12 was miked with Sennheiser 9000 Series (digital) radio mics, while the five piece band was reinforced with a select combination of high quality condenser microphones from Sennheiser, Neumann and DPA. All of this was fed to the CDC eight-32 running the latest V2 software (the first ever ‘commercial’ use of this, providing additional advanced automation features), via a Cadac CDC I/O 3216 stagebox, sited backstage with the FR racks. A CDC MC MADI Bridge – connected via Cadac MegaCOMMS – integrated QLab with the CDC eight for all the sound effects – and at one point provided direct outs to a BBC recording truck. Lexicon PCM96 reverbs were interfaced via AES cards on the console.

Walker continues: “With the CDC eight, combined with the amazing Sennheiser 9000 radio mics at the front end and the legendary quality of the Opus Audio amplifiers and speakers, I ended up with the most incredible integrity of signal from mic capsule to loudspeaker. I’ve never heard a live system sound this good, ever. Thank you Cadac for such an amazing desk.”