UK – At the end of last year, South East London sales and hire company, RSH Audio, added both Cadac CDC four digital and Cadac LIVE1 analogue consoles to its hire stock. Since, it has been using both consoles FOH with large-scale Funktion-One and Martin Audio rigs, due to the significant improvement in sound that both compact Cadacs provide.

In recent months the company has had the CDC four out extensively with Funktion-One rigs with Maceo Plex, for London Warehouse Events. Director and systems engineer, Joe Haycocks: “The superior sound quality of the desk becomes all the more apparent with larger, especially bass heavy, sound systems; lo-end being an area I feel a number of other digital consoles have particularly fallen down on. Compression on the outputs is also extremely smooth, which provides nice gentle limiting; the overall sound is warm and extremely ‘analogue’. And it’s also a piece of cake to use.” 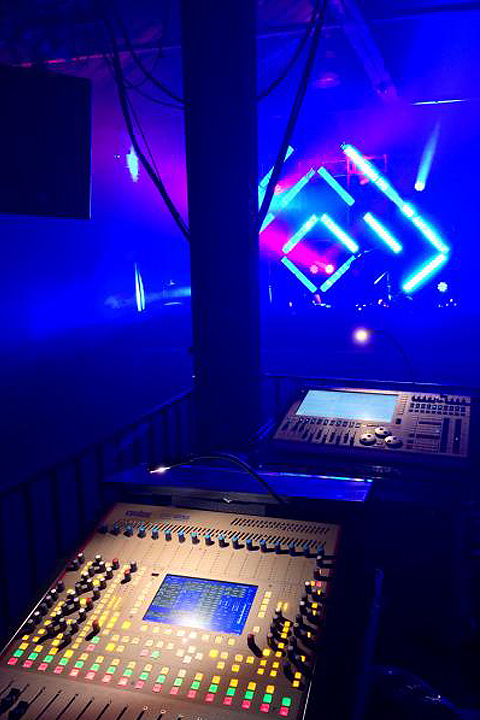 Back in February, RSH used the CDC four with a Funktion-One rig for Maceo Plax at Factory 7, in London’s Shoreditch district; comprising 4 x Resolution 4 over F218mkII stacks, with flown F101 fills for ancillary areas. The EQ and processing power of the CDC four was instrumental in achieving a good sound. “The open plan layout makes it a challenging venue for sound,” explains Haycocks, “the extremely musical EQ on the desk really helped tame problem frequencies without compromising the overall sound quality.”

With much larger rigs, such as at last month’s The “Original” Pure Science at Leas Cliff Hall in Folkestone – 12x Funktion-One F221, 10x Funktion-One Resolution 5, Funktion-One F101 Front Fills and a Martin Audio monitor system – the CDC four proves its capabilities as a powerful monitor desk, while Haycocks maintains the Cadac sound out front with the LIVE1: “I have found the sound quality of both desks to be brilliant. One system tech expressed it as sounding like a new system when we first used a LIVE1 in a venue we’ve regularly worked in. It’s something we’ve confirmed A/B’ing the LIVE1 with other manufacturers’ similarly sized consoles.”

During the Easter weekend, the CDC four went out again with Funktion-One. This time at North West London’s Loft Studios with Greg Wilson and Kenny Carpenter. Haycocks deployed the CDC four as a sub-mixer for the two DJ setups. “With the extra control I had with the desk over the system configuration, it was a far superior result to any other system I’ve heard in that room. In addition, the Cadac helps put something back into the sound of modern digital DJ mixers.”

The client, DJ / promoter Stuart Patterson, was also suitably impressed: “It takes a few attempts to get a room right, especially when you are bringing sound in and out for each event but I don’t think you’ll ever attain a better sound upstairs at Loft Studios than we achieved last Sunday courtesy of RSH Audio.” 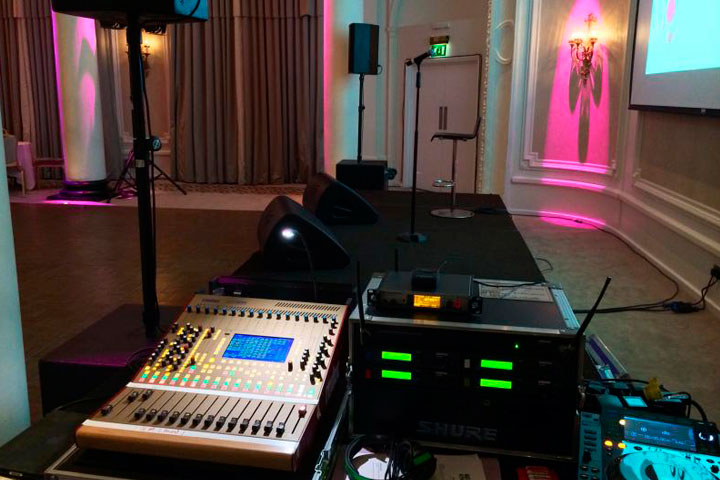 The CDC four is also proving its value on more intimate applications, such as the recent Beverley Knight headlined fundraiser, for London Lesbian & Gay Switchboard, at The Waldorf Hotel in London, and on corporate AV presentation hires. “In a corporate environment, where multiple channels of lapel microphones regularly provide a challenge, we find the EQ quality a major advantage, it being very very precise,” says Haycocks.

RSH packages the CDC four with the CDC I/O 3216 stagebox and a 100M FoH VDC Loom, providing a total of 56 channels of 96 kHz/24-bit Cadac sound. With the new CDC four:m version shipping imminently – featuring a 6 x 4 matrix with 31 band graphic EQ, compressor/limiter and delay on all four matrix channels and 31 band graphic EQ on all outputs – Haycocks is looking to further increase RSH’s Cadac inventory. “We intend to increase our stock of Cadac consoles to help us cope with what is looking to be a very busy summer. With the continued R&D and forthcoming upgrades, the CDC four is going to be even better than it currently is.”