Waves on board : Integrated card as standard on CDC six and CDC eight consoles

Germany – Cadac has announced at prolight+sound that its brand new CDC six and flagship CDC eight digital consoles are shipping with an integrated Waves card for Waves MultiRack SoundGrid server as standard.

CDC six and CDC eight feature an integrated Waves 64 channel I/O interface card which provides connectivity to the Waves MultiRack SoundGrid via Cat5e cable. Audio is streamed from the console to the SoundGrid server, processed, and then streamed back to the console. This allows up to 64 channels of Waves studio-grade plug-ins to simultaneously run alongside CDC six and CDC eight’s own native effects options, with the Waves GUI displayed on the console’s touch screen for control. 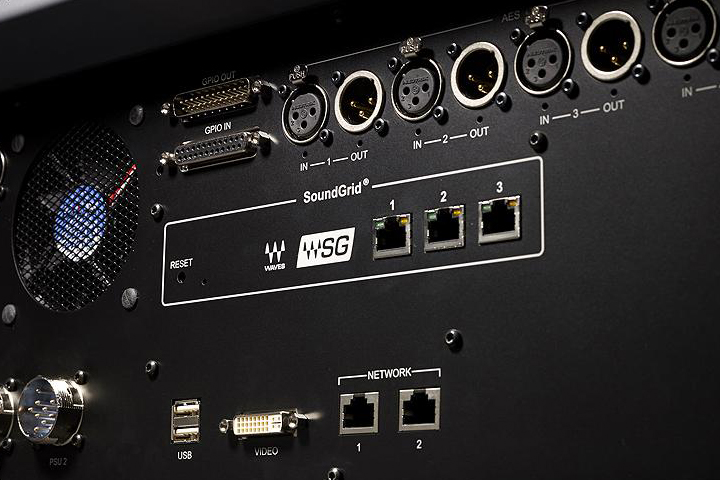 As well as providing direct connectivity to a Waves SoundGrid server, the interface can connect directly to a standard laptop computer, which, with Waves SoundGrid Studio application installed, will connect to just about any DAW software. This permits the use of 3rd party plug-ins, multitrack recording and playback and “virtual soundcheck”. The Waves processing is patched into the console in the same way as any Cadac IO rack, and can be used as a send and return for effects processing, or alternatively it can be patched and used as inserts, giving great flexibility.

With every CDC six and CDC eight featuring the Waves SoundGrid interface, connecting the interface to a suitably configured computer with Waves “Tracks” software installed, will enable recording of up to 64 tracks of 24-bit, 96 kHz audio. Each of the CDC six and CDC eight’s input channels features two inputs. These can easily be configured as mic/playback and switching between them globally achieved at the touch of the screen.

Cadac Brand Manager, Richard Ferriday, comments, “Integrating the Waves interface card as standard in the CDC six and CDC eight greatly expands the operational capabilities of the consoles, both in enhancing their processing capabilities in live sound production, as well as offering extended possibilities for multitrack recording and virtual soundcheck, without the need for additional hardware interfaces.”